#Update: “She cheated on me” – Nigerian Twitter influencer called out by Ugandan ex-girlfriend over unpaid debt defends himself

The Nigerian Twitter influencer who was called out by his Ugandan ex-girlfriend has defended himself and also revealed why he decided not to fulfill his own part of an agreement they reached before his visit to Uganda in 2019.

WotzupNG reported earlier that the former lovers reached an agreement of splitting the bill incurred during the Nigerian Twitter influencer’s stay in the East African country 50-50.

Ralph however insisted that the whole story about their meeting was not revealed by Sharon who he accused of cheating.

The Twitter influencer said that he borrowed money before the trip to the East African country but felt used and betrayed after he discovered Sharon was a cheat, hence why he backed out on their agreement. He also shared screenshots of their alleged chat to back his claim.

“I don’t seem to understand why someone will call me out and not put the whole story in place. Yes, I went to Uganda out of my unconditional love for Sharon @AlumBaeOfficial  I risked my Life and so many things

I borrowed money, added to some of my savings and went. I fell in love with her all over again but i got my heart shattered when I discovered she was a cheat!

I felt used and betrayed. How can you cheat and be so at peace with it?” 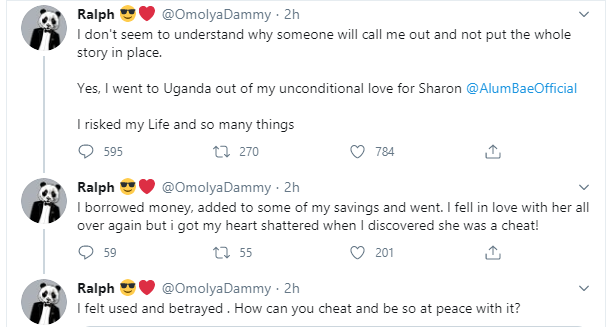 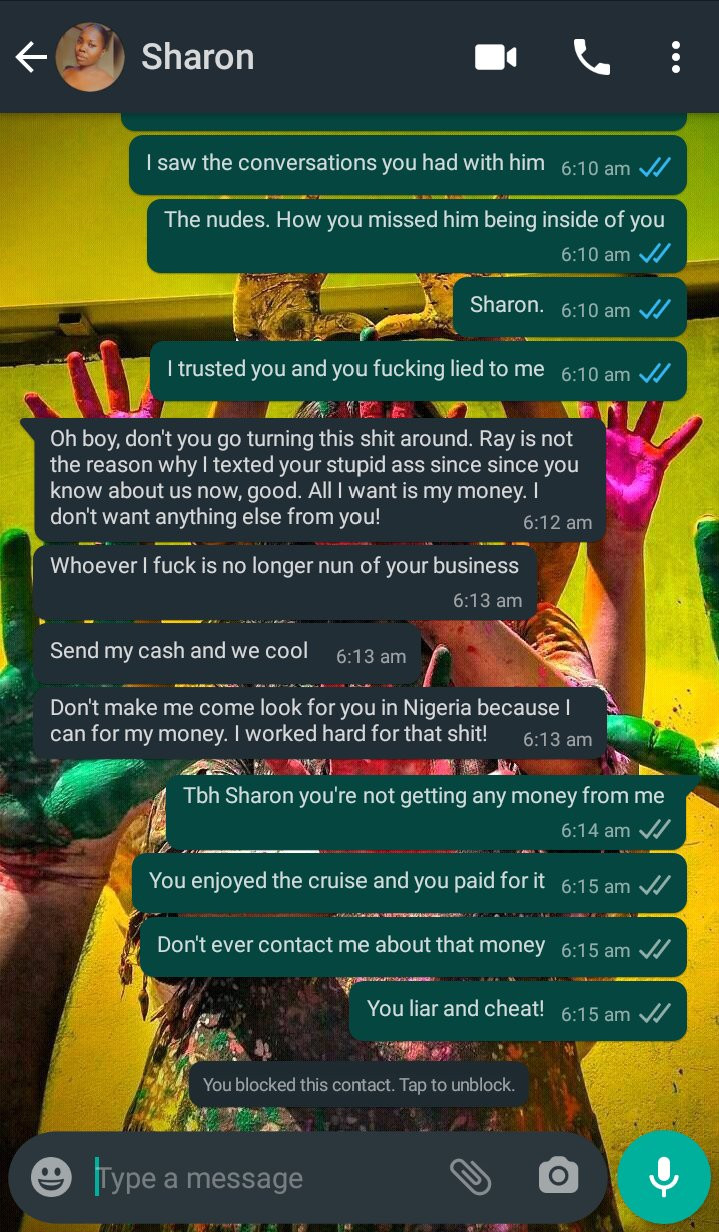 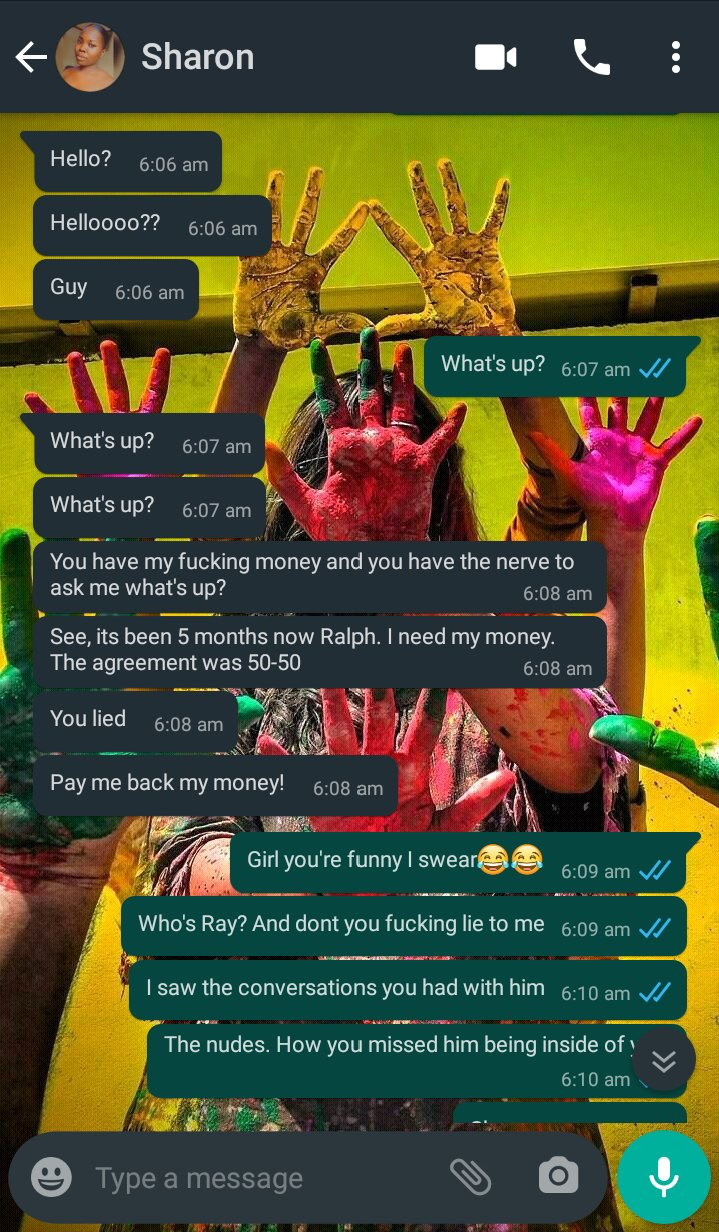 NEWER POSTHushPuppi thanks God for his Rolls-Royce, says a word of prayer for his enemies
OLDER POSTFemi Otedola reveals he drove two hours to see his daughter and her boyfriend