Three members of a robbery gang who attempted to rob the branch of an old generation bank in Okeho, Oyo State were today Wednesday, July 29, set ablaze by an angry mob.

A statement from the spokesperson of the police command, Gbenga Fadeyi, says the robbers who rode in an 18-seater bus, arrived at the bank premises at about 3pm and gained entrance into the bank using dynamites and AK-47 riffles shots to blow the bank security door.

Fadeyi said a collaborative effort from the Police Tactical teams, Vigilante and hunters yielded results as the robbers failed to cart away money.

The spokesperson said that while the robbers fled the scene of the attack, the 18-seater bus they rode in, somersaulted. He said three of the robbery suspects who were arrested when the bus somersaulted, were set on fire by the mob.

The police spokesperson added that the state Commissioner of Police has directed all the Police Tactical teams including the Special Anti-Robbery Squad (SARS), Mobile Police Force (PMF 72) and Police personnel from Okeho Area Command and nearby Divisions to be on the trail of other members of the fleeing robbery gang who escaped in different directions.

See the photos below: 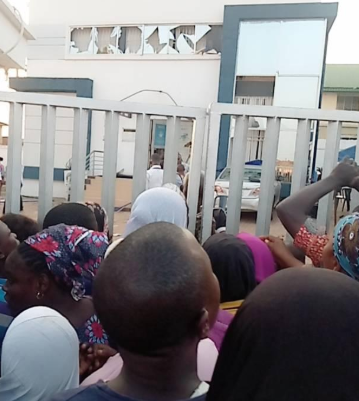 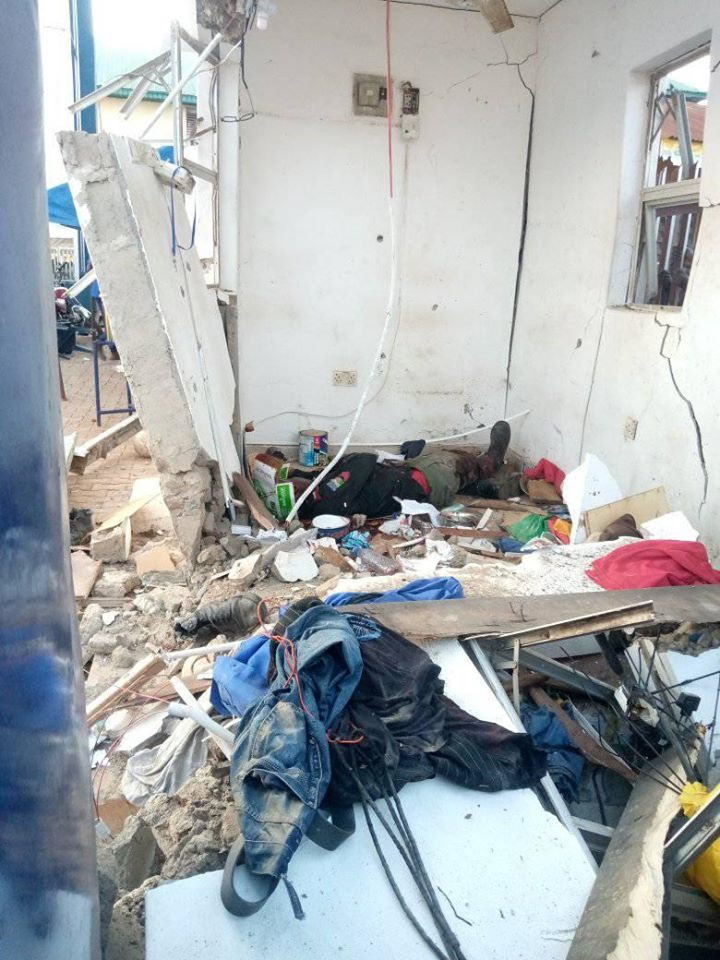 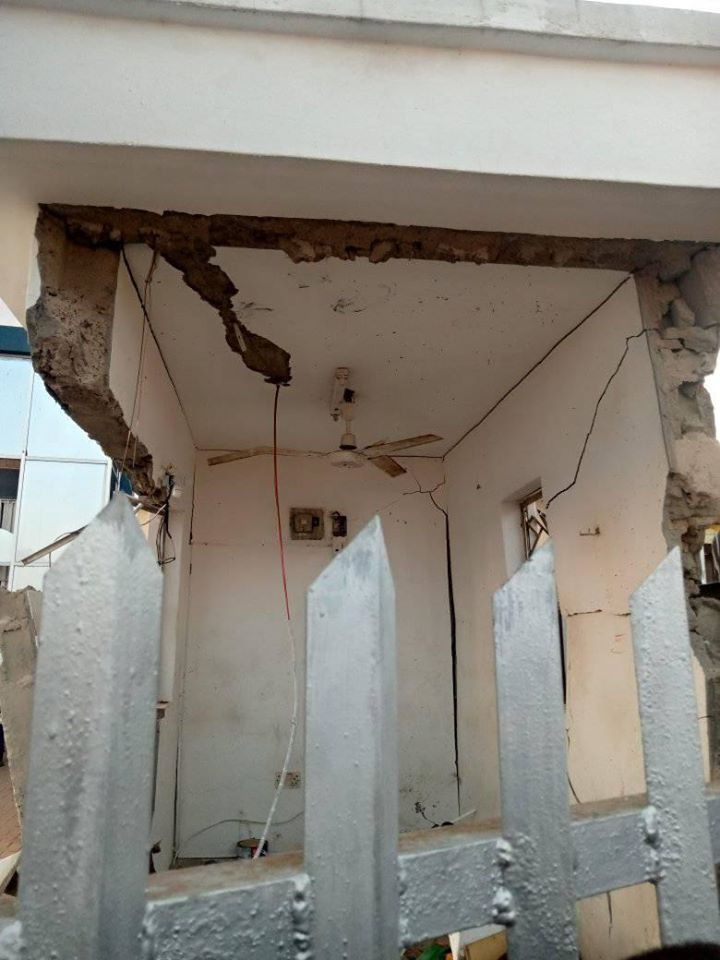 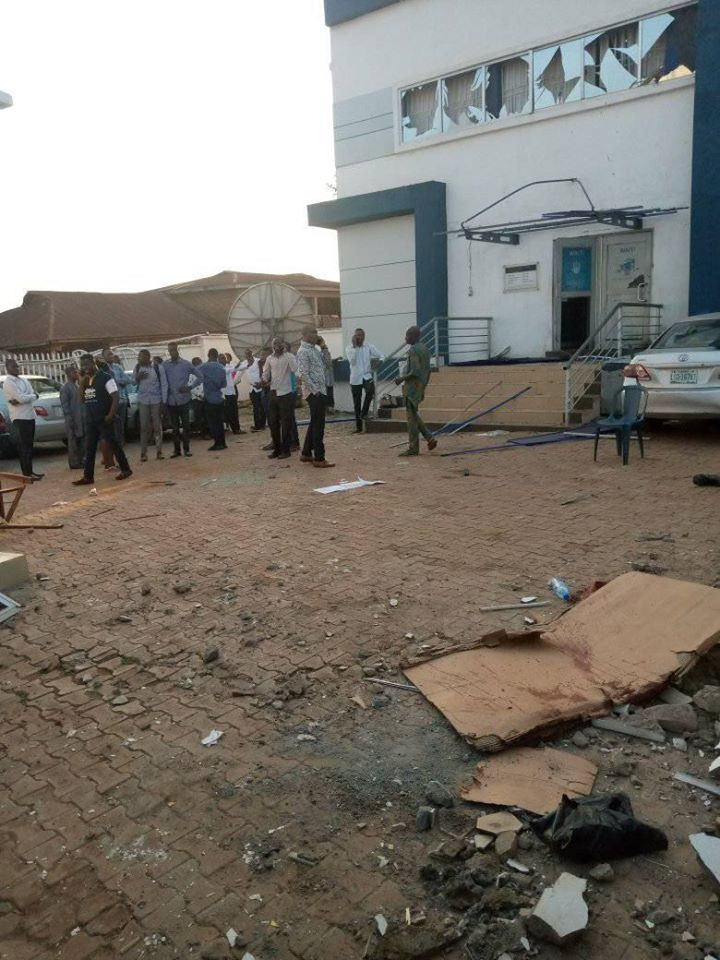 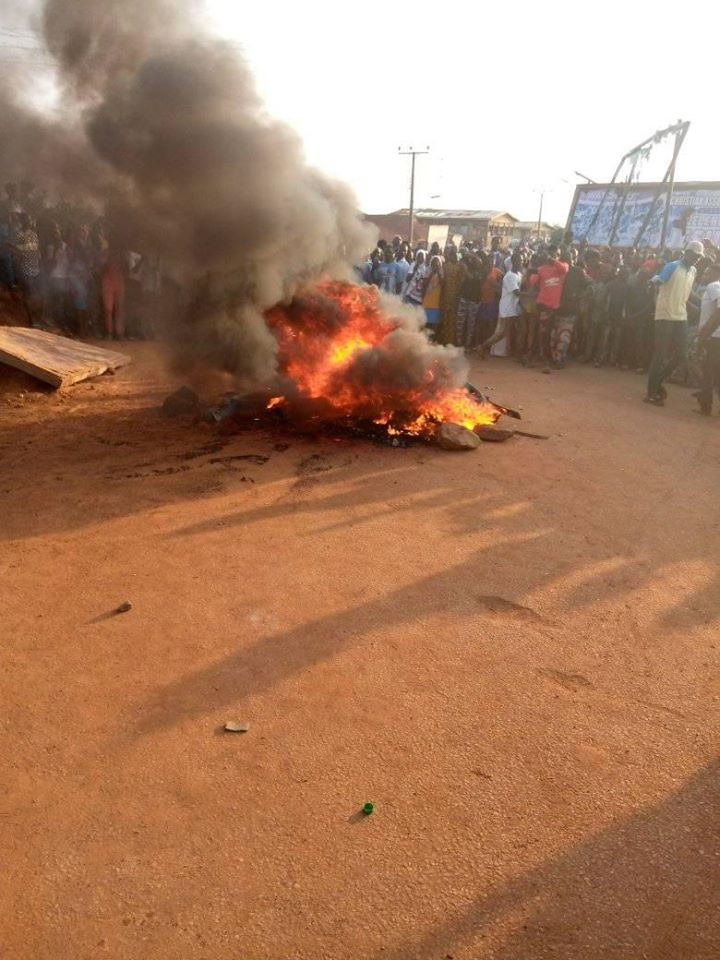 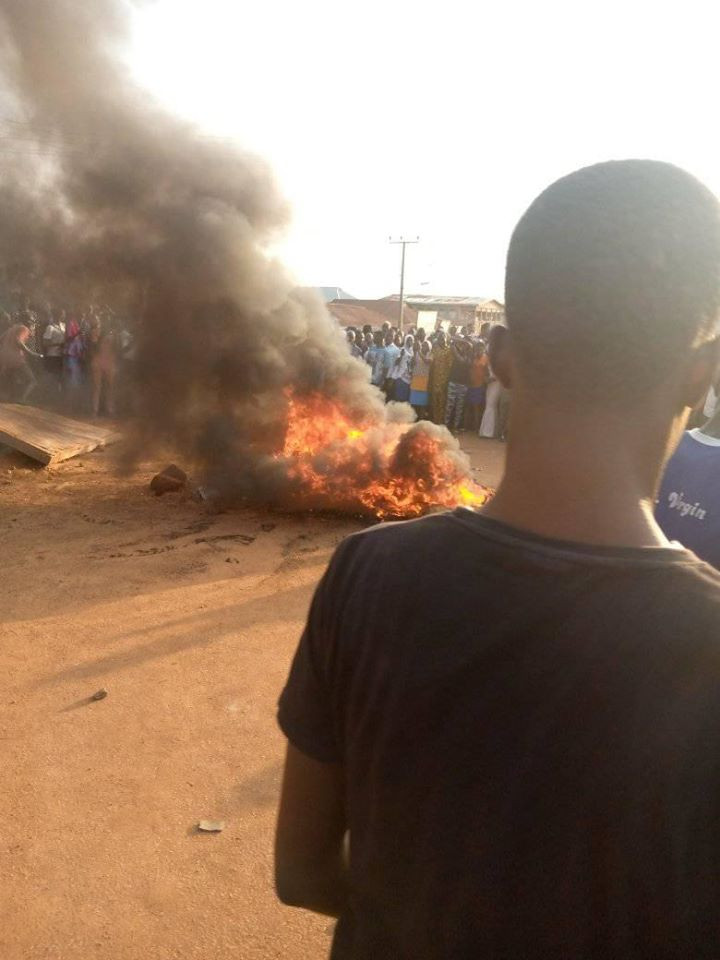 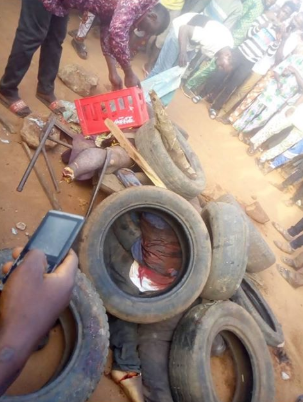 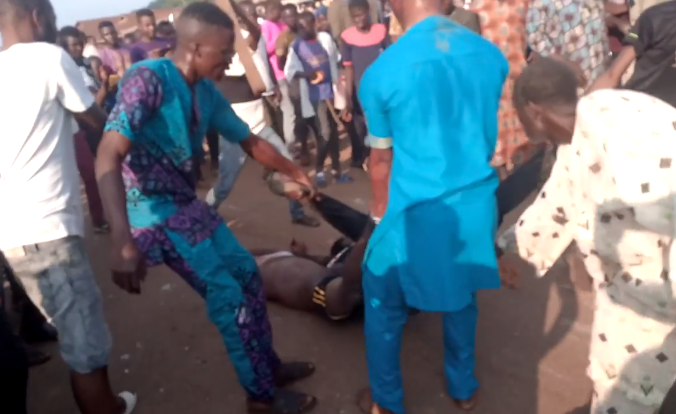 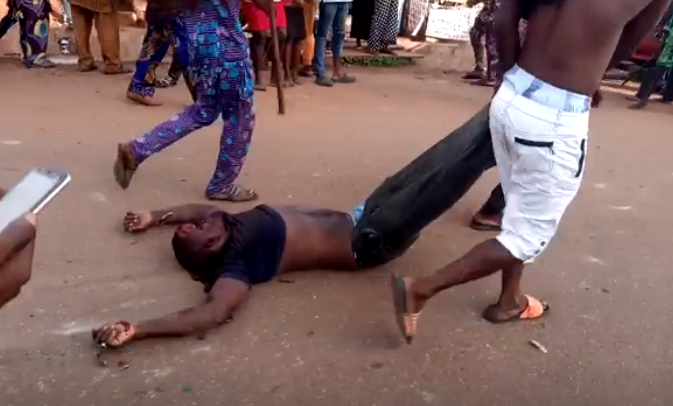