A recent survey carried out by Big One Dating showed that women can be more likely to orgasm depending on the size of their male partner’s sexual organ.

The company asked 4,761 ladies about the last time they had sex, before noting down how well-endowed their lover is. They then asked if participants climaxed or not, before collating the data to find out which sizes were most likely to induce an orgasm.

The poll found that eight-inch penises were the most pleasurable, sparking orgasms in 44% of cases.

Seven and nine-inch penises were also deemed to be more “successful” as they triggered climaxes in 38% and 32% of cases respectively.

More than a third of women reported pleasurable romps with manhood’s sized between four inches and six inches. This is the same success rate as men with 11-inch penises, which shows bigger isn’t always better.

The least sexually satisfying penis length was one inch. 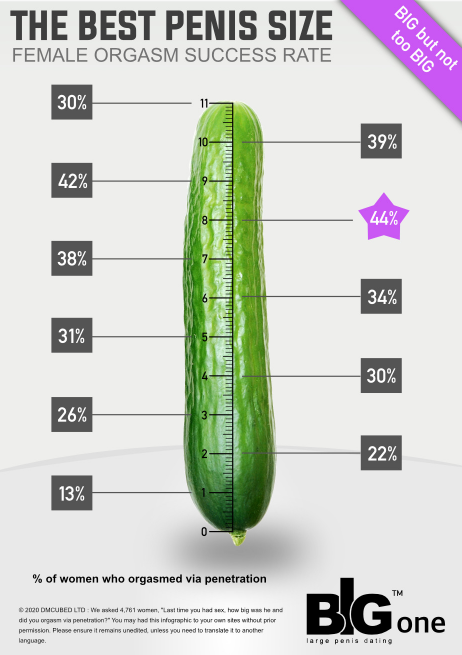 Last year, the NHS released information about the average male penis size in the UK.

Researchers at University College London measured the penises of 104 men, according to Daily Star.

They included males of all ages, from teenagers to pensioners.

The average penis length in this group was 5.1in (13cm) when “soft and gently stretched”, the research said. They also noted that some penises are “growers” while others were more immediate “showers”.

The NHS website adds: “Regardless of actual size, many men are still unhappy with the size of their manhood.

“A study based on the results of an internet-based survey of more than 50,000 men and women revealed that 45% of men would like a larger penis. The report by Professor Kevan Wylie, a consultant in sexual medicine at the University of Sheffield, concluded that excessive concerns about penis size were higher among men with average-sized penises than men with small ones.

NEWER POSTKlopp names three clubs that will challenge Liverpool for the title next season
OLDER POSTNollywood Actress, Regina Daniels Denies Viral Photo Of A Baby Alleged To Be Her Son