One person was burnt to death and three others were injured after a petroleum tanker exploded at a filling station in Irete community along the Owerri-Onitsha Expressway in Owerri-West Local Government Area of Imo State today, August 14.

Confirming the incident, the coordinator of the National Emergency Management Agency (NEMA) in Imo State, Evans Ugoh, said after discharging its content at the filling station, the petroleum tanker was about reversing and maneuvering its way out of the premises when it was hit by a J5 commercial bus conveying pineapples on top speed. The bus lost control and rammed into the truck, leading to a heavy explosion.

Mr. Ugoh confirmed that one of the occupants of the J5 commercial bus, a female, died on the spot while 3 other persons who sustained fatal injuries have been rushed to a nearby hospital for treatment.

He said, however, officials of the IMO State fire service, Red Cross, Civil defense, the Nigerian Police and NEMA officials were all on the ground for rescue operations.

See more photos from the incident below… Viewers discretion advised: 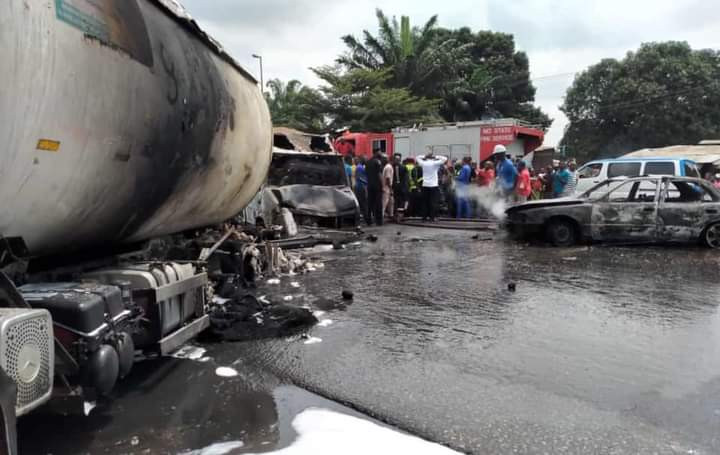 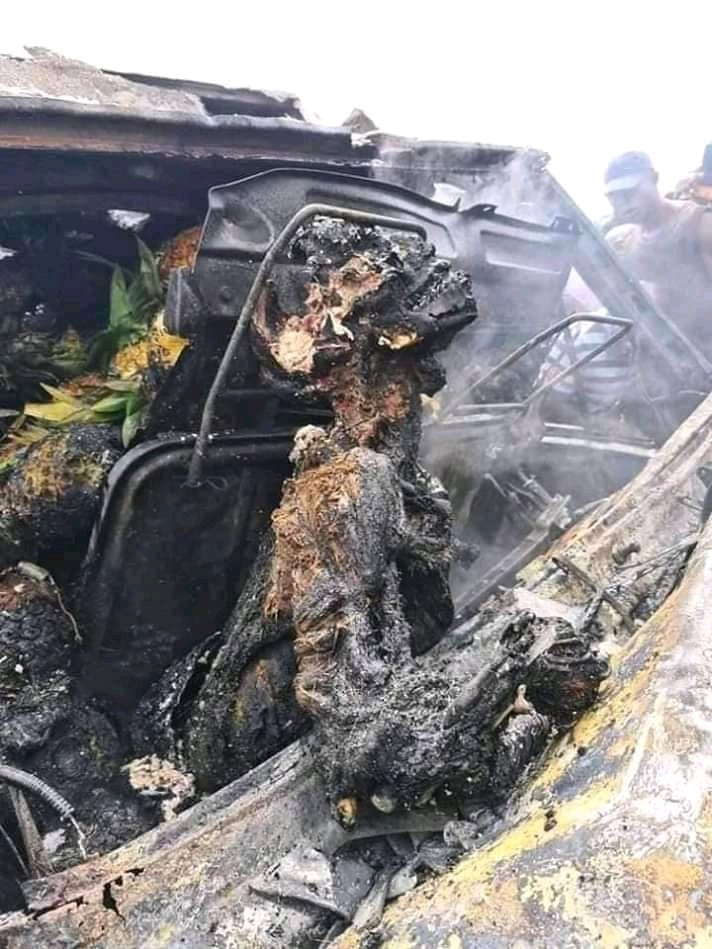 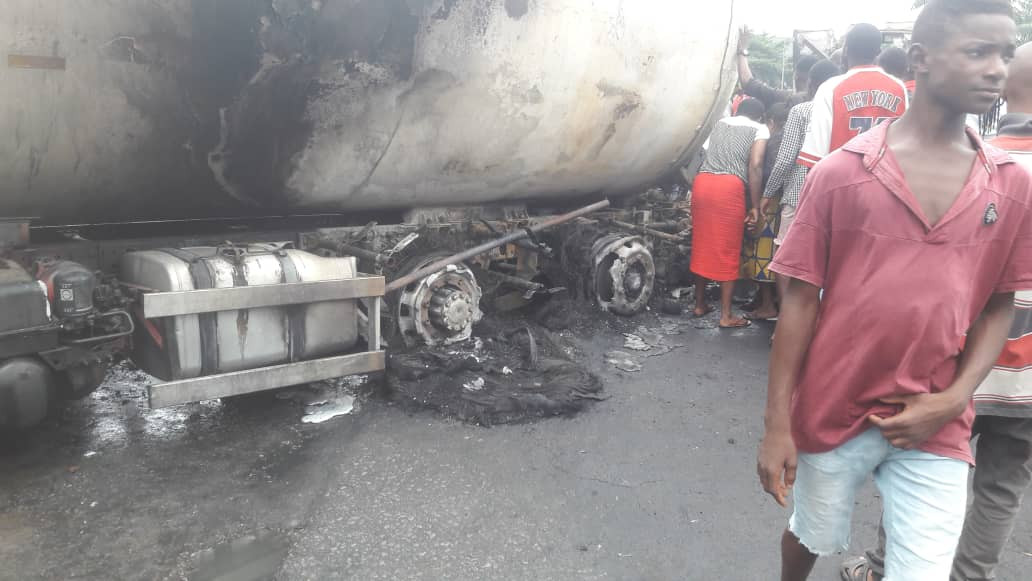 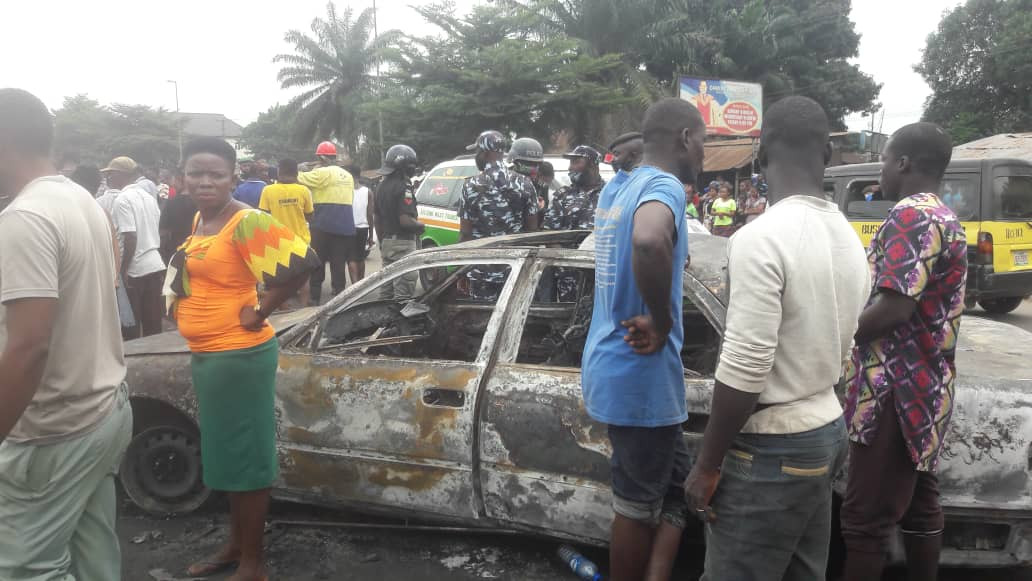 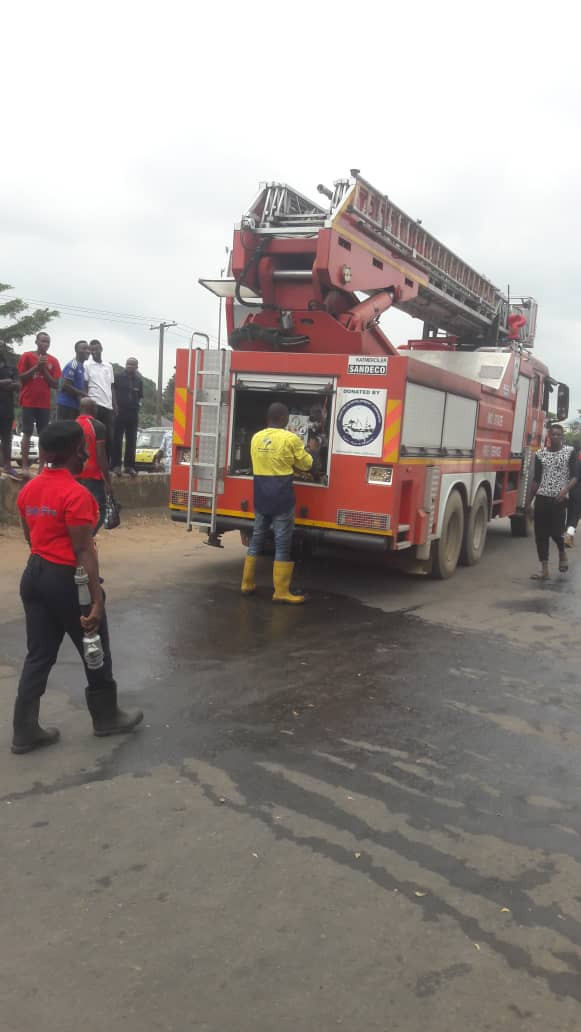 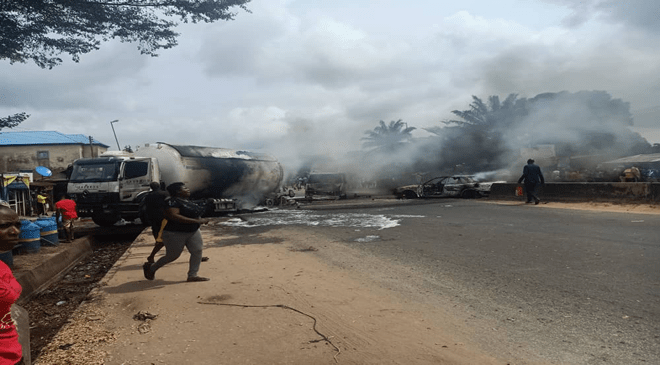 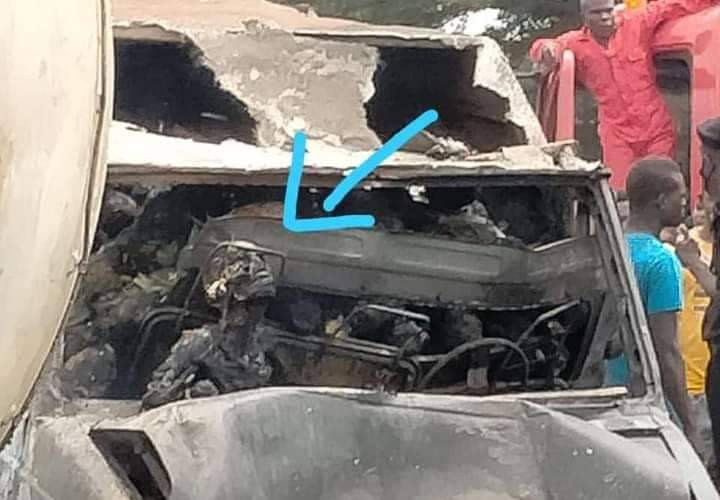