A man has died and three other men were injured following a gas explosion that rocked a story building in Lagos.

It was gathered that the explosion was caused by gas leakage from the cylinder reportedly used in filling the air conditioner of the building.

The three wounded people were rescued by emergency responders and taken to the hospital for treatment.

The Director-General, Lagos State Emergency Management Agency, Olufemi Oke-Osanyintolu, who confirmed the incident, said the remaining occupants were evacuated from the building. 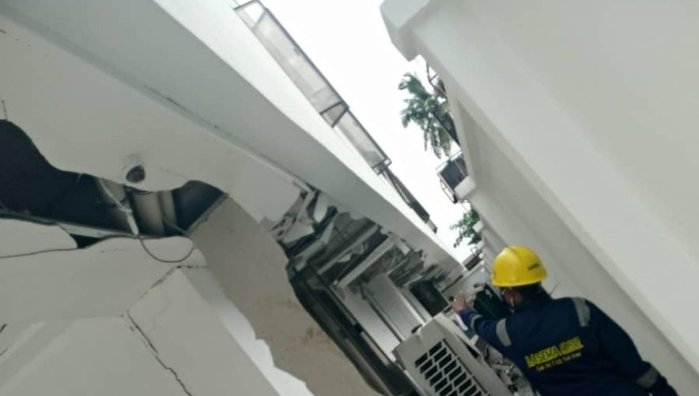 He stated that the cylinder exploded as a result of gas leakage while refilling gas into an outdoor split Air Conditioner.

NEWER POSTNigeria Records 648 fresh COVID-19 cases
OLDER POST#BBNaija: Kiddwaya chose Erica as the girl he likes the most in the house and kisses her passionately (video)