Sandra Chinenye Obioha Ihekwereme wrote on Facebook on April 4: “If I die in this lockdown no need for autopsy. Na yam and red oil and garri with salt kill me.” 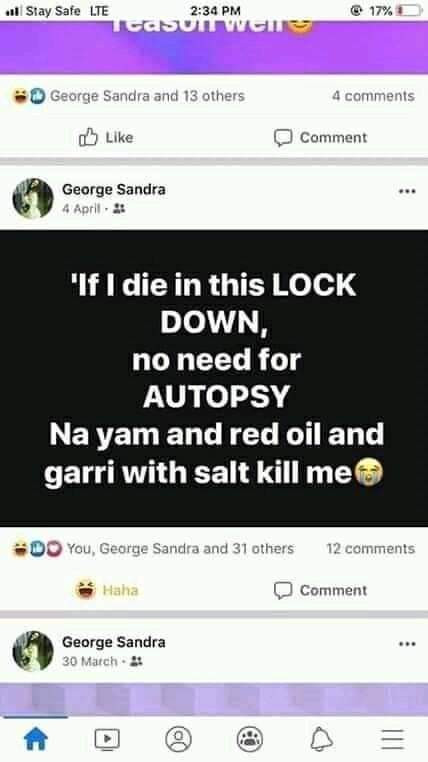 Sadly, Sandra passed on on June 12. Her obituary says she died “after a brief illness.”

She will be laid to rest on Friday, July 3. 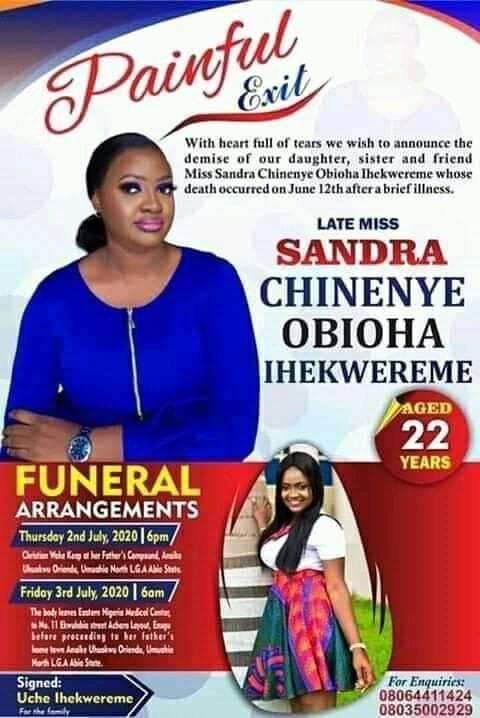