Khafi Kareem visited her late brother’s gravesite and she shared a photo on Twitter.

The former reality star lost her younger brother last month. Alexander Kareem was shot on June 8 in London in a case of mistaken identity.

He died from gunshot wounds to his chest and abdomen on Askew Road in Shepherd’s Bush.

Detectives said a white Range Rover Evoque linked to the murder was later found burnt out nearby in Ealing.

He has been mourned by family and Khafi had issued a plea for anyone who knows the killers to report to the nearest police station.

After visiting his gravesite, Khafi tweeted: “I love you now and forever Alex. Rest well.” 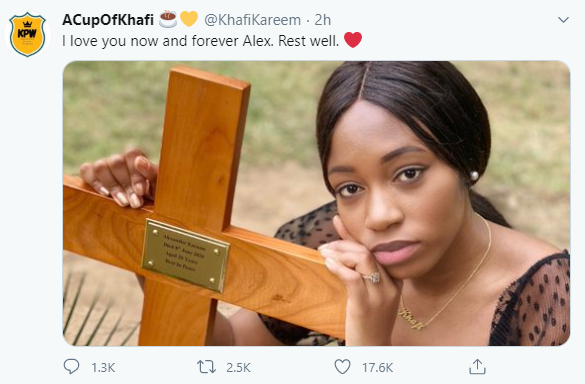