Canadian PM, Justin Trudeau was asked to respond to Trump’s actions during George Floyd’s protests. See how surprisingly long it took him (Video)

Canadian Prime Minister Justin Trudeau has revealed his thoughts towards US President Donald Trump’s actions during protests that have gripped the US since the killing of George Floyd last week by a policeman who knelt on his neck till he suffocated and died.

During a news conference in front of his Ottawa residence, the PM was asked what he thought of Trump’s methods of handling the several protests that have shown the huge racial divide and inequality present in the United States and his lack of words was glaring. 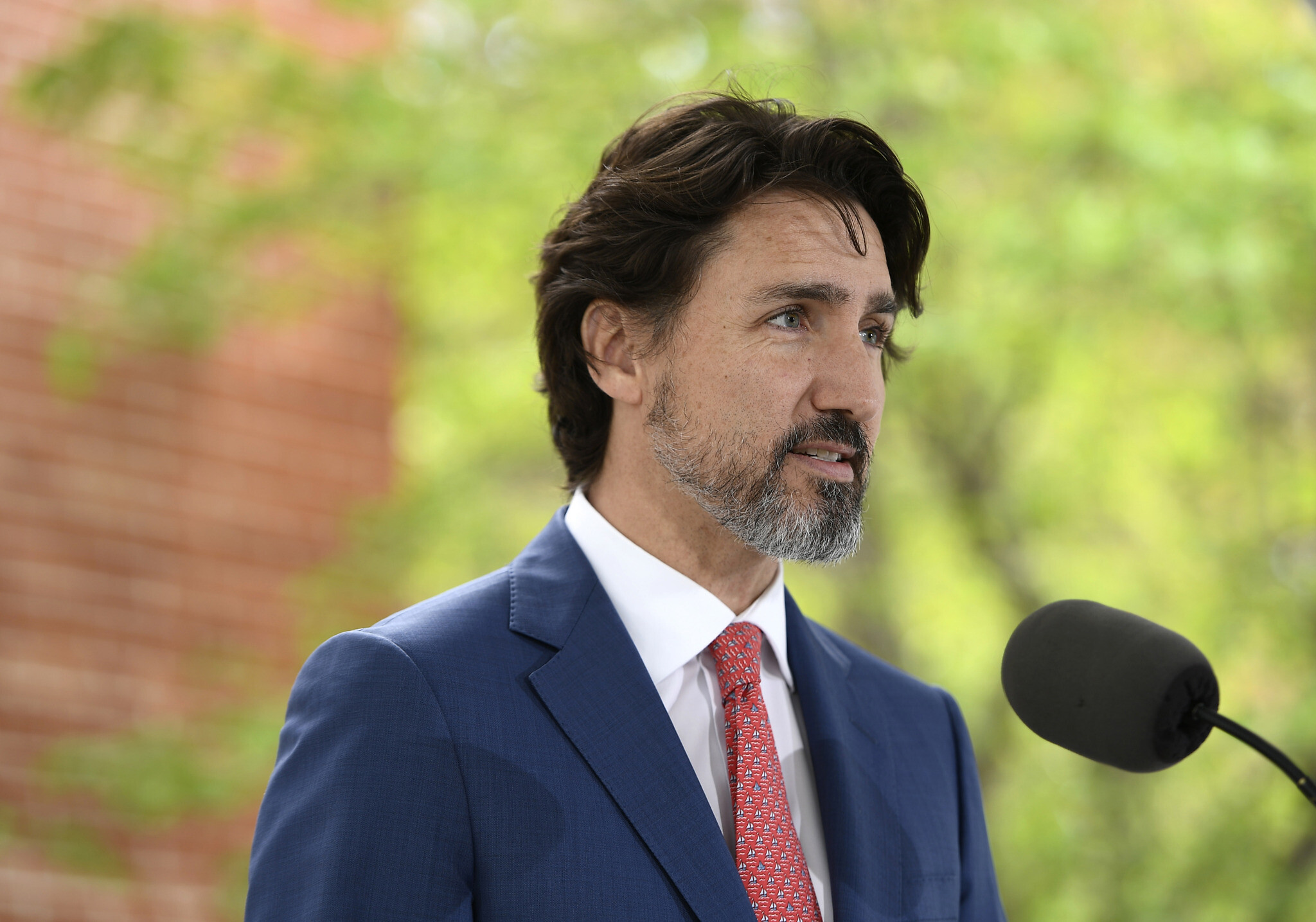 “You’ve been reluctant to comment about the words and actions of the U.S. president. But we now have Donald Trump calling for military action against protesters. We saw protesters tear-gassed yesterday to make way for a presidential photo-op. I’d like to ask you what you think about that. And, if you don’t want to comment, what message do you think you’re sending?” The reporter asked him.

Trudeau, sporting a beard and shaggy hair- skeptical of criticizing Trump who has blasted him in the past over a leaked audio recording where Trudeau alongside other world leaders laughed at Trump,- paused for 21 seconds before responding, as the cameras recorded his awkward silence.

“We all watch in horror and consternation what’s going on in the United States,” he finally said. “It is time to pull people together, but it is a time to listen.”

“It is a time to learn what injustices continue despite progress over years and decades. But it is a time for us as Canadians to recognize that we too have our challenges,” he said.

“That black Canadians and racialized Canadians face discrimination as a lived reality every single day,” Trudeau continued. “There is systemic discrimination in Canada, which means our systems treat Canadians of color, Canadians who are racialized, as different than they do others.”

Watch the video below:

See how long it took him

NEWER POSTLady accuses Dbanj of raping her in a hotel in 2018
OLDER POSTResidents intercept armed robber, hand over to police in Ibadan