A gully erosion caused by a heavy downpour has led to the collapse of buildings at Obeleagu Street and Nkissi Aroli axis of Onitsha North Local Government Area of Anambra.

NAN recalls that the Minister of State for Environment, Mrs Sharon Ikeazor accompanied by the Deputy Governor of the state, Dr Nkem Okeke had in October 2019, inspected the erosion site and promised that work would be carried out on the site.

Ibuzo, who is also the Chairman, House Committee on Environment, expressed sadness that the erosion had continued to worsen each time it rained.

An eyewitness who shared a video from the scene of the incident called on the government to come to their aid. 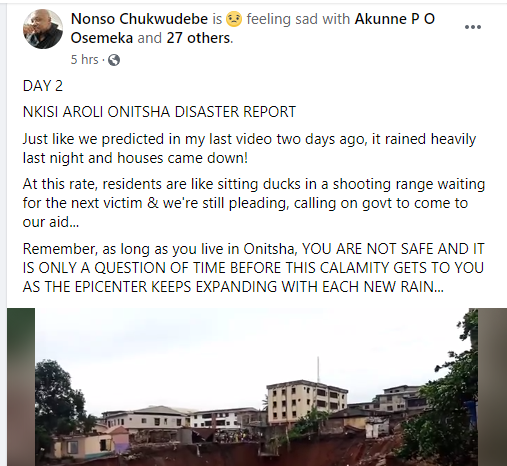