Anthony Joshua and Tyson Fury bump into each other while holidaying in Marbella, Spain (photo)

World Heavyweight boxing champions, Anthony Joshua and Tyson Fury bumped into each other while holidaying in Marbella on Saturday, July 17.

The British boxers who are set to go toe-to-toe in an all-British heavyweight unification clash next year, came face-to-face just before Fury flew out of the holiday resort following his son Prince Tyson Fury II’s dinosaur-themed fourth birthday party. 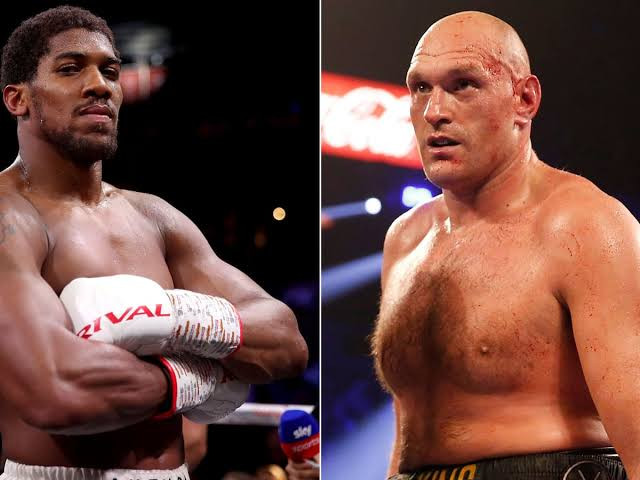 Thrilled Joshua took to his Instagram page to share the photo showing Fury looking through the window of his Land Rover while Joshua stood looking wearing a facemask. 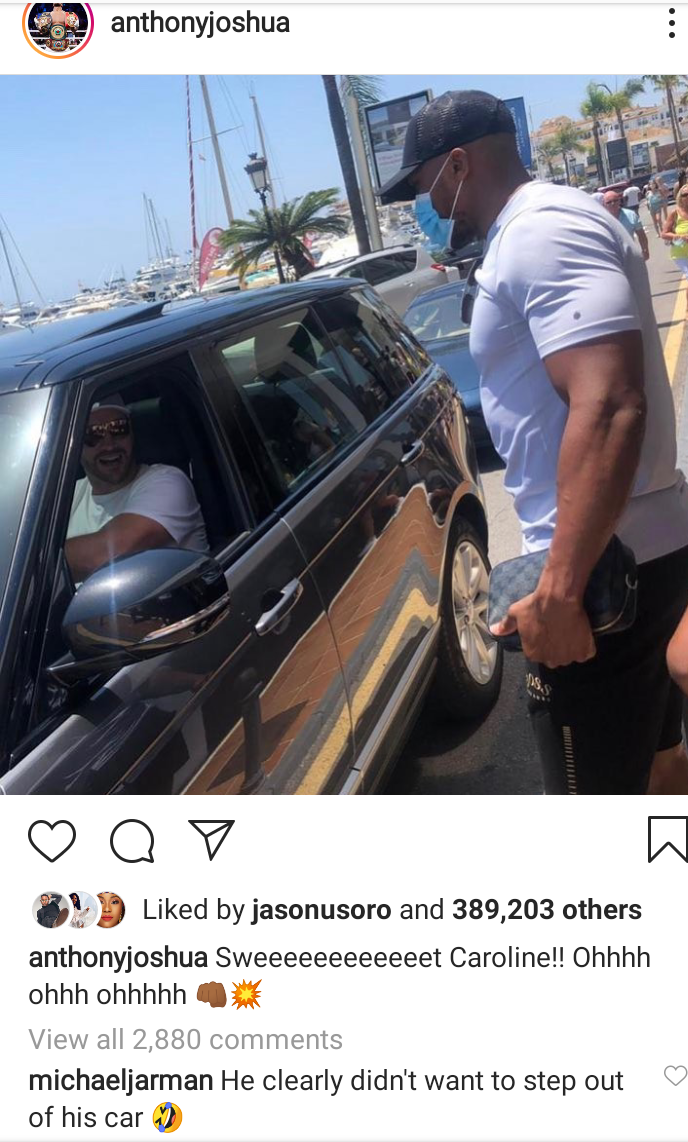 Meanwhile, fans commenting on Joshua’s page couldn’t resist talk of a potential fight between both fighters.

See some comments below: 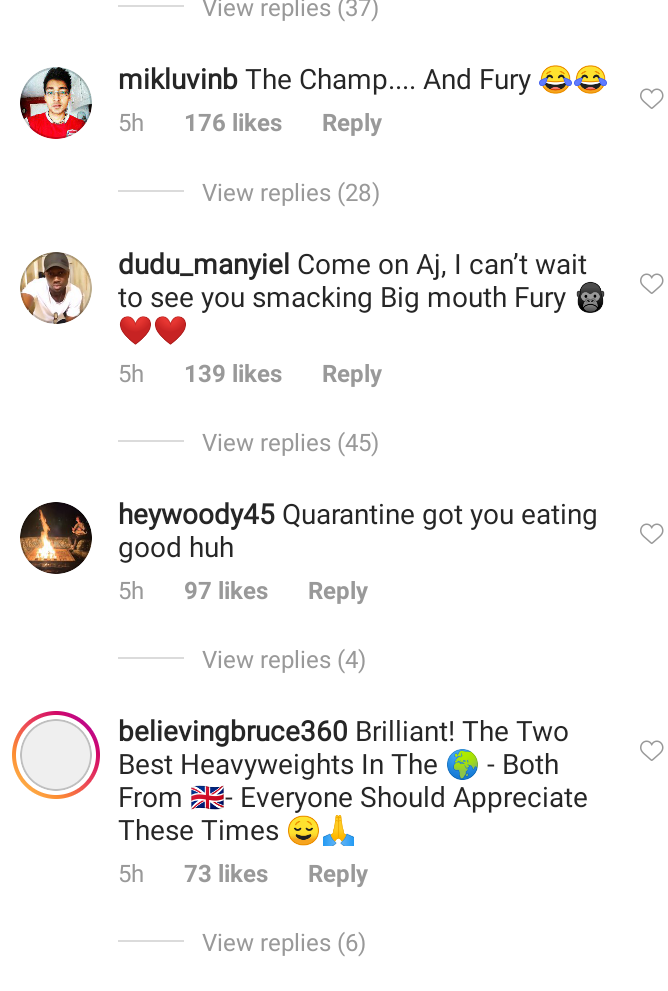 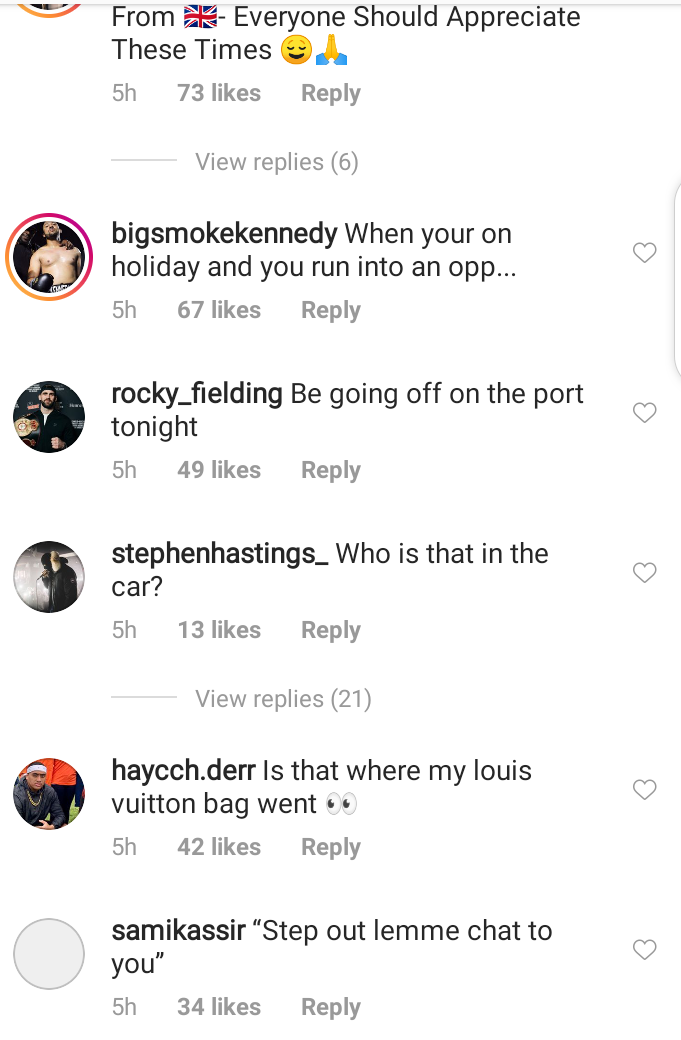 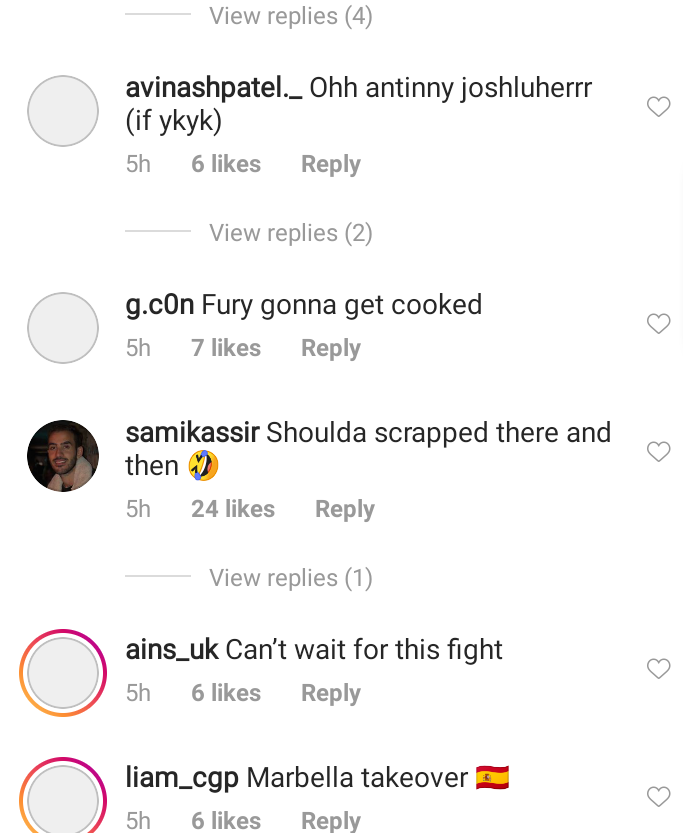